Response to Ayaan Hirsi Ali – The Global War on Christians in the Muslim World? 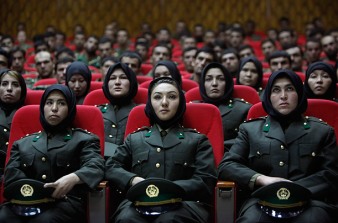 Women in Uniform in Afghanistan

Reading Ayaan Hirsi Ali’s article on “The Global War on Christians in the Muslim World”[1] reminded me of my recent discourse with a Catholic priest from Indonesia who worked on peace building initiatives in Mindanao, Southern Philippine.

Based on his view that Muslims in this Christian majority country (81 percent Roman Catholic, 11.6 percent other Christian denominations and 5 percent Muslims)[2] are treated as second class citizens, one can hastily conclude that the fundamental issues evoked by Hirsi Ali are not simply the conflicts between faith adherents who are often victimized by the politicization of religion, but the overarching conflict of the disengagement of the majority and the minorities.

This conclusion is inaccurate. The issues are more complex.

John Esposito’s response on Hirsi Ali’s writing[3] corrects some of her facts which he described as “mixing facts with fiction, distorting the nature and magnitude of the problem.” An extract of her writing says:

“We hear so often about Muslims as victims of abuse in the West and combatants in the Arab Spring’s fight against tyranny. But, in fact, a wholly different kind of war is underway—an unrecognized battle costing thousands of lives. Christians are being killed in the Islamic world because of their religion. It is a rising genocide that ought to provoke global alarm.”

Many agree with Professor Esposito’s remark on Ms. Hirsi Ali’s incendiary rhetoric. But her writing speaks some truths, such as the violation of human rights towards some Christians who live in the Muslim majority countries. Likewise, some Muslims and non-Muslims, including those of no-faith traditions, the weak, the poor, etc., too have had their rights violated by the “others.” This includes the strife and discrimination among people of the same faith traditions.

Hirsi Ali’s voice reveals the ethos of the people whose lives and safety are continuously disrespected and abused by others, and the emotion of those who have had traumatic life experiences – deep hurt, fear and distrust. Augmented by the inaccessibility to correct and reliable sources of information, the pressure of economic disparity, and other external and internal social parameters, it is natural that their critical analysis is occasionally expressed less objectively. The preconstructed images, the collective memories, and the community perceptions on Muslim-Christian relations too impact how the others are perceived.

In her writing, Ms.Hirsi Ali made a contribution in challenging interfaith discourses and initiatives that sometimes hypocritically suppress or undermine the painful dehumanizing experiences experienced at the grassroots. She boldly refuses to preach to the choir – the in vogue scholarship that advocates on common values among faith traditions which often is “too polite” to voice the voice of the oppressed.

Indeed, this action should be a part of the ethics in faiths’ reconciliation dialogue. It is beautifully articulated by Professor Tariq Ramadan of Oxford University in Globalization Muslim Resistance:

“To be the voice of the voiceless is a moral imperative today. To stand for the rights of those who have been forgotten … and of all the oppressed of the earth is the most explicit expression of our consistencies of our principles and our ethics.”[4]

Xenophobia exists in all communities. The challenge in this 21st century Muslims Christians’ relations is to first acknowledge the wrongdoings and to forgive, in addition to effectively mitigate and resolve conflicts at all layers of society. Only through such peace building initiative’s process that hurt is healed and dignity is restored. Consequently, genuine reconciliation is possible, and renewed and engaging relationships flourish.

[1]The Daily Beast, “The Global War on Christians in the Muslim World,” World News,   http://www.thedailybeast.com/newsweek/2012/02/05/ayaan-hirsi-ali-the-global-war-on-christians-in-the-muslim-world.html (accessed March 3, 2012). This writing was first published in the Newsweek Magazine.